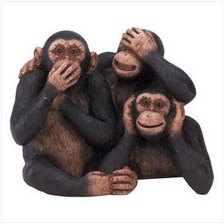 The October 6, 2017 edition of The Messenger (Page 5) states unknown sources as saying Mr. Caleb Connor (Pike Industries the road paving contractor), “felt pressured by Administrator Trovato to certify that the reclamation went down 18, but he refused to falsify his report.”

This contradicts testimony given by project engineer Mike Vignale at the Board of Selectmen (BOS) meeting minutes on September 19th 2017; Item 2 Old Business, “With regard to the stones and reclaim, he [Vignale] said he did not see the reclaim go in and when talking to people they only came across a few stones. Looking at the exposed edge of reclaim, he measured it to be 18 inches thick. He looked in about 30-40 locations, and took measurements. Chair Blomback asked if in his opinion it was ready to be paved. He said yes. He said there were gaps in the guardrails but they will be replaced in a few weeks.” [emphasis added]

In an email sent to the BOS (page 11 of 82), Mr. Connor explicitly states that the machine used by Pike could go to a maximum depth of 22 inches, Pike only went to a NHDOT industry standard depth of approximately 10-12 inches.

This entire project has been filled with controversy. An unauthorized change in approved construction sequencing of drain placement and paving has not only delayed this project way beyond the scheduled  August completion date but has cost us an additional $19,000 as well.

Now more controversy has arisen over the lack of boulder removal. A quick review of the approved engineering plans, Division 2100 Earthwork Part 1 General Section 1.3 D (page 7 of 31) clearly states how the boulder issue is to be handled, “Removal of boulders within the existing pavement area within 24” of the current finish grade and over 2 cubic feet.”

Clearly the approved plans call for the inspection for boulders to be conducted to a depth of 24 inches!

Yet Pike has confirmed that their reclamation was only to 10-12 inches and the Town’s engineer claims he has measured 18 inches! ???????????

Everyone should be concerned that this entire project is being mismanaged.

The necessary information is not being gathered and put into a concise report…and that is the job of the Town Administrator. This dysfunction will drive contractors make contractors to think twice about bidding on our proposals. And when they do bid, they most certainly will build in an increase “aggravation fee”.

The BOS must take swift action to investigate this allegation of improper conduct by the Town Administrator!

OHB…keeping it real… making it easier for you to find the facts so you can draw your own conclusions…..

“There are things public officials would never do if they thought somebody might call them out on it.”